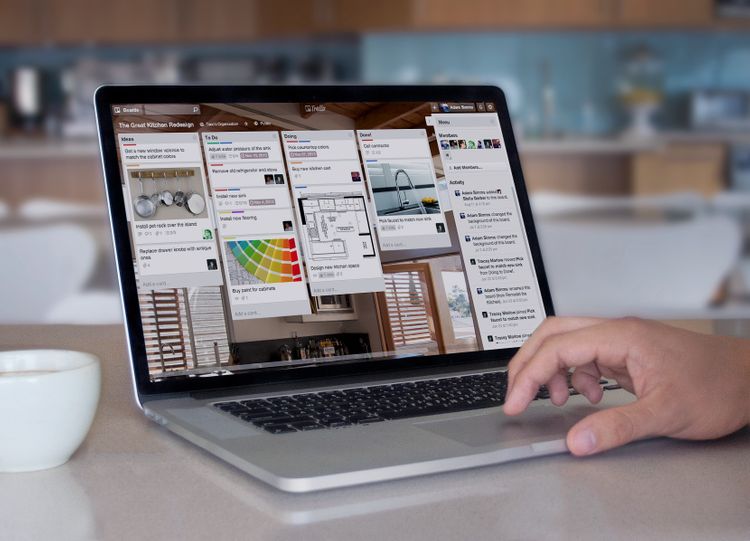 Building a company is hard. It’s a well known fact that most startups fail — either the idea is wrong, or they can’t get traction, or they simply run out of cash. And out of those companies which do survive — very few of them grow to become companies worth hundreds of millions of dollars. So by all accounts — Trello has done really well.

Trello — the visual productivity app which launched in 2011 — has an engaging product, with a large user base, and has been growing fast.

Co-founder and CEO Michael Pryor was last year preparing to raise a round of funding to help continue the growth — when an email changed the trajectory his company.

The email was from Mike Cannon-Brookes — co-founder of Atlassian — an Australian company well known for its developer collaboration tools like Jira and Confluence.

Cannon-Brookes wanted to meet up with Pryor for lunch — apparently he was going to be in New York— so Pryor accepted the invitation, not realising that the Atlassian CEO was about to fly right across the world just to have lunch with him.

“I kind of knew what was going on,” says Pryor.

“I knew why he wanted to talk but I thought we’ll sit down and he’ll be like, ‘We’re really interested in your company. Here’s what we want to pay.’ ”

But the meeting didn’t quite go as planned. The pair spent their lunch talking about vision and culture.

“We talked about two things the whole entire time,” says Pryor. “One was the people at Trello. Like, the kind of culture that we built. The fact that 60% of the people are remote. How do we make that work? What’s important to us? We talked about that a lot.”

“And then we talked about the product and it was, what’s the vision for this product. What do we want it to be? How do you think about Trello in the space and where you want it to be in five years?

“We have this great conversation and then we left lunch. I go back to the office and I’m thinking, “Wait, did he try to acquire us?” I’m not really sure.

A few months later — Atlassian acquired Trello for around US $425 million.

“ I think most acquisitions happen because some larger company’s corp dev department approaches you for a partnership or something,” says Pryor.

“This was like two founders just sitting down and talking about what was important to them.”

First developed internally at Fog Creek Software — another company that Pryor co-founded along with Joel Spolsky — Trello initially launched with a great reception at TechCrunch Disrupt in 2011. It made the finals but didn’t win.

“It’s funny because if we go way back, actually when Joel [Spolsky] first had this idea, I have to admit that I was totally not a believer,” says Pryor.

“I was just like, “I don’t get it. I don’t see how people are going to use this. How are we going to ever make money?”

In July 2014 — Trello was spun off as a seperate company — a process that Pryor says was “a very difficult thing to do” due to having to split up the existing Fog Creek Software team.

“It’s not difficult on paper. You get the lawyers, they write, they look at some stuff, you do some tax things and… It’s just more about the identity and your belonging, your sense of group and who belongs to which group,” says Pryor.

“I think that that can have a big impact and effect on people and was a very difficult thing for us to do.”

One of the other difficulties the company faced was a shift towards a remote workforce. It all started with one programmer shifting to Hawaii — and now the company is 60% remote.

“The sort of centre of our office shifted to this more digital place,” says Pryor.

“And so in some ways, that affected some of the people that were there for the enjoyment of the in-office experience, and the fact that their co-workers were all physically present with them.”

“ I think for how long people stay at the company is probably higher in a remote workforce, because you’ve adjusted to their lifestyle instead of them having to adjust…”

Like many successful entrepreneurs in the technology space — Pryor hasn’t spent a lot of time working for other people. He only had one job before he met his co-founder and launched Fog Creek Software.

“We decided after the dotcom boom and bust, ‘Let’s start a company.’ And so we did, because we didn’t know any better.”

Pryor is also the kind of entrepreneur that relies on his ability to fail fast and learn quickly. A skill that serves him well in many aspects of life.

“I always thought that if I just did something then I can figure out how it worked,” says Pryor.

“Like a while back I decided I wanted to get into deep-sea fishing. And so I just borrowed somebody’s boat and went out 30 miles offshore, tried to figure out how to do it and I came back empty handed a bunch of times. Had quite a few harrowing trips back, but eventually caught tuna doing that.”

Pryor also has some valuable advice for entrepreneurs just getting started — think global.

“I think if you’re building a product today you should absolutely 100% start with the idea that the entire world is going to use your product,” says Pryor.

“ I think you should just start from day one and build your product or your application understanding that people pay in different ways in different countries. Just have that in the back of your mind and understand that you may not have to do it upfront, but set things up so you’re able to do it without having to go back and re-architect things

“The world has changed. There’re so many SAAS apps out there, that help you get started and make your life so much easier today, that you should just take advantage of them and not try to do everything yourself. Just focus on your core competency.”

Thanks for reading — if you loved this story, why not subscribe to the Moonshot podcast.